Officers were dispatched to the First National Bank located at 1002 N. 38th Street, on Monday, November 5, 2018, at approximately 11:21 a.m., after receiving a 911 call about the bank being robbed.  Upon the officers’ arrival, they were told that a black male entered the bank, walked up to the teller and passed a note with a demand.  The teller complied and the black male fled the area with an undisclosed amount of money.

The suspect was last seen wearing a do-rag on his head, a black and gray windbreaker jacket, gray sweat pants, black tennis shoes and black driving gloves.  He is described as a heavy set black male with a moustache and a beard, approximately 6’ tall and weighing approximately 260-270 pounds. 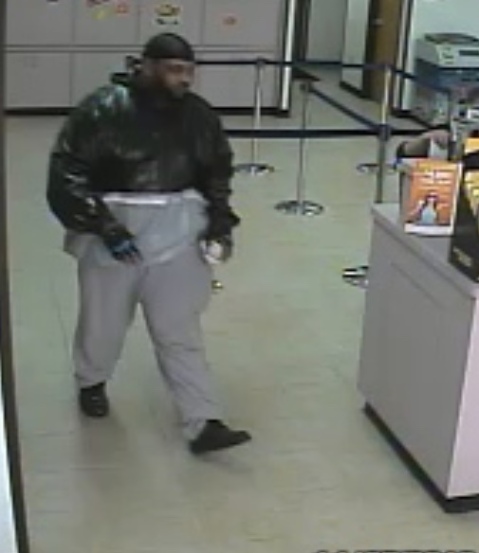 Detectives are asking anyone who has information about this robbery, to contact Crime Stoppers at 254-526-TIPS (8477) or go online at www.bellcountycrimestoppers.com.  You can also download the P3Tips App for IOS or Android and give an anonymous tip.  All information is confidential and anonymous and if your tip leads to the arrest of the person responsible, you could be eligible to receive a reward up to $1,000 in cash.