The Killeen Police Department announces the renaming of the Animal Control Unit to the Animal Services Unit to better align the unit’s name with its mission of service and care for animals.

Additionally, the department wishes to announce the hiring of Mr. Edward W. Tucker as the new Animal Services Unit Manager. Mr. Tucker served 30 years with the U.S. Army, retiring at the rank of Sergeant Major. “Ed brings with him a great deal of management and leadership experience and love for animals that we believe will help propel the Animal Services Unit to the next level. We are glad to have him as a member of our team,” said Police Chief Dennis Baldwin. Changing the unit’s name was one of the first recommendations suggested by Mr. Tucker on day one, said Baldwin.

“We would also like to thank Commander Lee Caufield for his efforts over these past several months in addressing the challenges facing the unit. Lee’s steadfast, professional leadership and inclusive management style has helped to improve the effectiveness and efficiency of the unit. Moreover, the service level and care of animals has been elevated under his leadership,” said Baldwin.

Mr. Tucker will be available for interviews on Thursday, August 28, 2014, at 10:00 A.M. The interviews will be conducted at the Killeen Animal Shelter located at 3118 Commerce Drive.

School Zones Are Back on Monday!

The Killeen Police Department would like to remind all motorists that beginning Monday, August 25, 2014; a new school year begins. 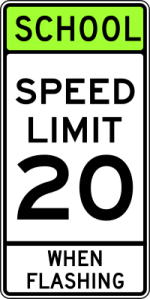 On Monday, August 25, 2014, motorists will be seeing more children walking to and from school.  The Killeen Police Department is asking all motorists to be mindful of the extra pedestrians and that the school zones will be in effect and will be enforced.

Remember the speed limits will be decreased in a designated school zone; the majority of school zones begin at 7:00am and are usually 20 mph.  Please remember children are known to dart out into the roadway and it is asked that you give extra attention when driving.

We would also like to remind you that it is against the law to talk on a cell phone while operating a motor vehicle within a designated school zone unless the vehicle is stopped or the device is used with a hands free device or to make an emergency call.

It is against the law to use a wireless communication device to view, send or compose an electronic message or engage other application software while operating a motor vehicle in a designated school zone.

On Tuesday, October 7th, neighborhoods throughout Killeen are being invited to join forces with thousands of communities nationwide for the “31st Annual National Night Out” (NNO) crime and drug prevention event.

National Night Out is designed to:

From 6 to 9 p.m. on October 7th, residents in neighborhoods throughout Killeen and across the nation are asked to lock their doors, turn on outside lights and spend the evening outside with neighbors and police.  Neighborhoods are encouraged to host a variety of events such as block parties, cookouts, contests, and youth activities.  Call and register your neighborhood so they will get a visit from the police department, fire department and McGruff the Crime Dog.

“The National Night Out program is an outstanding campaign to help build neighborhood unity and strengthen police-community partnerships.  On October 7th, we invite citizens of Killeen and neighborhoods nationwide to join forces with us to give Crime & Drugs a Going Away Party.”  It’s also a chance to have a really good time!

If you would like to register your neighborhood or find out more information please contact Tammy Moseley at 501-8805.

KPD Officer Injured by a Fleeing Suspect During a Pursuit

On Saturday, August 16, 2014, at 5:09 a.m., an officer attempted to stop a silver Nissan the area of Elms Rd. and Ft. Hood St. for a traffic violation.  The driver of the Nissan fled from the officer, westbound onto Stan Schlueter Loop and a pursuit ensued. The officer pursued the suspect through several neighborhoods west of the area. The suspect came to a stop at the dead end of Palmtree and Coral Bay. When the officer exited his vehicle; the suspect began fleeing again, striking the officer with the vehicle. Shots were fired by the officer and the vehicle fled west on Coral Bay. When the vehicle stopped the suspect got out and fled on foot.  Officers continued to search the area and the K-9 Unit was deployed.  The suspect was located by a K-9, hiding behind an air conditioning unit at the 3600 block of Coral Bay, at 6:11 a.m.; the suspect was transported to the Carl R. Darnall Army Medical Center for treatment for a gunshot wound. He was subsequently airlifted to Scott and White Memorial Hospital where he is listed in stable condition.  The name of the suspect is withheld pending criminal charges.

The injured officer and was transported to Scott and White Memorial Hospital for treatment and has been released. The officer involved in the shooting has been placed on administrative leave, as is protocol, and his name has been withheld at this time.

This case continues to be investigated and information will be released as it becomes available.

Killeen Police Arrest One After Standoff 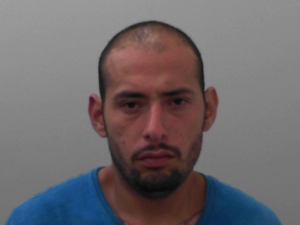 Officers responded to 2701 Armadillo Drive, after receiving a 911 call at 3:50am, on Friday, August 08, 2014, in reference to a domestic disturbance. Upon their arrival, they were told a female had been assaulted by her boyfriend.

The preliminary investigation revealed that a male and female were involved in a verbal disagreement that turned physical and the male had left the residence prior to the officers’ arrival. A short time later, officers were notified that the suspect had returned to the residence and were advised that the victim was being held against her will and there was a possibly weapon involved. After several attempts were made to speak to the suspect, the Tactical Response Unit was deployed. For approximately two hours, members of the unit spoke to the suspect on and off and convinced him to surrender; at 8:52am, he was taken into custody, without incident, and transported to the Killeen City Jail. The female was released unharmed.

The suspect, 31 year old Andres Carrisalez of Killeen, is being charged with Assault with Bodily Injury on a Family Member, outstanding traffic warrants and a warrant for Human Trafficking by the U.S. Marshals Office.