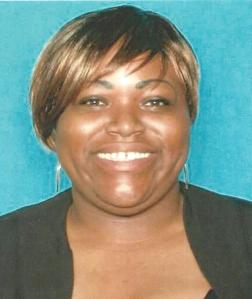 The husband of 36 year old Tawanda N. Boswell, notified officers on Saturday, June 4, 2016, that his wife was gone and he wanted to file a missing person report.  He told officers that the last time he saw his wife was on Tuesday, May 31, 2016, at approximately 6:30am, just before he entered the shower at the residence in the 3400 block of Bassett Drive.  He told officers when he got out of the shower he looked around the house but was unable to locate her; she was gone along with her two phones, wallet and medication.

Tawanda Boswell is a black female, 5’7”- 5’8” tall and weighs between 240 – 300 pounds. She also wears a shoulder length black wig.  She was last seen wearing a white shirt, blue jeans and white tennis shoes.

Detectives are asking if anyone knows the whereabouts of Tawanda Boswell to contact the Killeen Police Department at 254-501-8830.

Detectives with the Criminal Investigations Division continue to investigate this case and information will be provided as it becomes available.