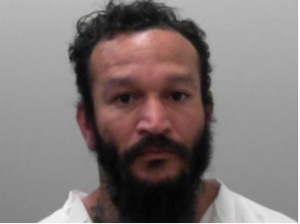 The suspect has been identified as Francisco Luis Montanez.  Justice of the Garland Potvin set his bond at $100,000; Montanez is currently in the Bell County Jail.

Officers responded to the Hallmark Inn & Suites located at 4500 E. Central Texas Expressway, on Wednesday, December 9, 2015, at 8:45pm, after receiving information that person had been shot.  Upon the officers arrival they located a female with a gunshot wound to the upper thigh.  The officers were told there was a verbal altercation between a male and a female, at some point the male pulled out a gun and shot the female; the suspect then fled the area.

The officers were given the description of the suspect and located the suspect in the area.  Officers arrested a 34 year old Hispanic male and transported him to the Killeen City Jail.  The 29 year old victim was transported to Baylor Scott & White Hospital where she remains in serious condition.

On Thursday, December 10, 2015, this case was reviewed by the Bell County District Attorney’s Office and a complaint was returned charging the suspect with Aggravated Assault with a Deadly Weapon.  He is currently in the Killeen City Jail awaiting arraignment by the Justice of the Peace on Friday, December 11, 2015.

The suspect’s name has been withheld until he has been arraigned.