On Friday, November 16, 2018, at approximately 1:02 p.m., officers’ were dispatched to the 4600 block of Windcrest Drive in reference to a 911 call about a shooting.  Upon the officers’ arrival, they found a male lying in the driveway suffering from a gunshot wound.  The victim was immediately transported to Baylor Scott & White in unknown condition.  The preliminary investigation revealed that the victim and suspect were in a verbal altercation when the suspect displayed a weapon and shot the victim.

Due to the nature of the incident, Shoemaker High School was placed on lockdown as a precaution.  At approximately 2:35 p.m., the lockdown was lifted as there was no immediate threat to the campus or the community.

Detectives with the Criminal Investigation Division, Violent Crimes Unit, have identified Damani Joseph Bisio as a person of interest to this shooting investigation.  Bisio is wanted for an outstanding warrant; do not attempt to apprehend this wanted person as he is considered ARMED and DANGEROUS!

DAMANI JOSEPH BISIO IS A 21 YEAR-OLD LIGHT SKINNED BLACK MALE WHO IS 5’11” TALL AND WEIGHS APPROXIMATELY 140 POUNDS AND HAS BLACK HAIR AND BROWN EYES. 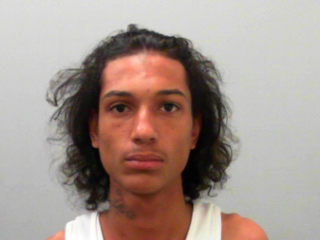 Detectives are asking anyone who has information about the whereabouts of Damani Joseph Bisio, to contact Crime Stoppers at 254-526-TIPS (8477) or go online at www.bellcountycrimestoppers.com.  You can also download the P3Tips App for IOS or Android and give an anonymous tip.  All information is confidential and anonymous and if your tip leads to the arrest of Bisio, you could be eligible to receive a reward up to $1,000 in cash.