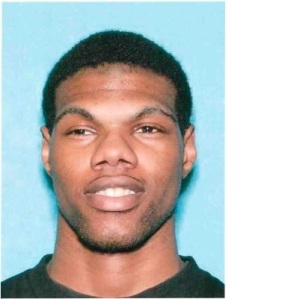 Bell County Crime Stoppers received a tip on the whereabouts of Torico James Devon Crutcher, who was wanted for Attempted Burglary of a Habitation, on Thursday, August 4, 2016.  When the detectives received this information they immediately contacted the U.S. Marshal’s Office.  The information received was that Crutcher was on the run and was last known to be in Memphis, TN.  The U.S. Marshal’s Office located Crutcher at a Knights Inn located in Memphis, TN and placed him under arrest on August 4, 2016, at 1:45pm.  He was transported to the Shelby County Jail where he awaits extradition.

The Killeen Police Department would like to thank everyone for the many tips and assistance in locating Torico Crutcher.

Killeen Police Department is asking for the community’s assistance in locating a wanted person.

An attempted burglary occurred during the early morning hours on March 4, 2016, in the 4400 block of Lake Rd. Through the investigation a suspect was identified, this case was reviewed by the Bell County District Attorney’s Office and a complaint was issued charging Torico Crutcher with Attempted Burglary of a Habitation, and a warrant was issued for his arrest.   Detectives are interested in speaking with Torico Crutcher in reference to the Homicide that also occurred during the early morning hours on March 4, 2016; they believe he may have information that is pertinent to this case.

Torico James Devon Crutcher is a 19 year old male who is 5’ 8” tall and weighs approximately 155 pounds.   HE IS CONSIDERED ARMED AND DANGEROUS; DO NOT ATTEMPT TO APPREHEND