Home child caretaker charged after near drowning incident in February. 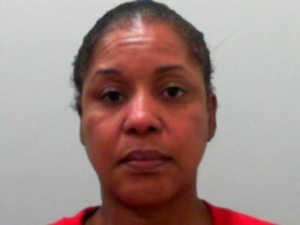 Killeen Police Detectives have been investigating the dear drowning of a 2 month old male child in the care of a 48 year old woman on Wednesday, January 13, 2016.  The investigation revealed that the homeowner/child caretaker was giving the child a bath when she heard a noise in the area where the other toddlers were playing in the residence.  The female left the child in the bathtub to investigate the noise and when she came back the child was face down in the water.

This case was reviewed by the Bell County District Attorney’s Office and a complaint was returned charging Janine Marie Wesson with Abandoning or Endangering a Child with the Intent to Return, a felony, and a warrant was issued for her arrest by Justice of the Peace Garland Potvin.

On Wednesday, February 17, 2016, officers arrested Janine Wesson at her residence on Bachelor Button Dr. without incident and transported her to the Killeen City Jail.  Justice of the Peace Garland Potvin set her bond at $100,000; she has been  transferred to the Bell County Jail.

The child was released from the McLane’s Children’s Hospital on Wednesday, February 3, 2016 in good condition.