The Killeen Police Department is asking for assistance in locating Brandon Anthony Warren of Killeen.

Detectives with the Criminal Investigation Division are looking for Brandon Anthony Warren, who is currently wanted for Injury to a Child.  On Monday, July 6, 2015, Killeen Police responded to the apartments located in the 1000 block of Wells Circle, to a report of a child not breathing.  A 21 month old black male infant was transported from the apartment to McLane Children’s Scott & White Hospital, where attempts to resuscitate him failed and he was pronounced deceased.

Following an investigation by the Killeen Police Department Youth Services section and an autopsy at the Southwest Institute of Forensic Science, the Bell County District Attorney’s Office issued a complaint charging Warren with Injury to a Child in relation to the infant’s death.  A warrant for Warren’s arrest was issued by Bell County Justice of the Peace Garland Potvin.

Brandon Anthony Warren is a 21 year old black male. He is 5’11” tall and weighs approximately 160 pounds. He has black hair and brown eyes. 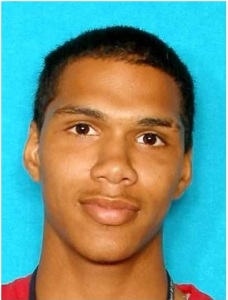 It is believed Warren may be leaving the area and detectives are asking for anyone with information on his whereabouts to call the Killeen Police Department or to contact the Bell County Crime Stoppers at 254-526-TIPS (8477), go online at www.bellcountycrimestoppers.com or text BELLCO along with their tip to 274637. Text HELP for help with the tip or text STOP to stop the tip, message and data rates may apply. All information is anonymous and confidential and if your tip results in the arrest of the suspect involved in this crime you could be eligible for a reward up to $1,000 in cash.