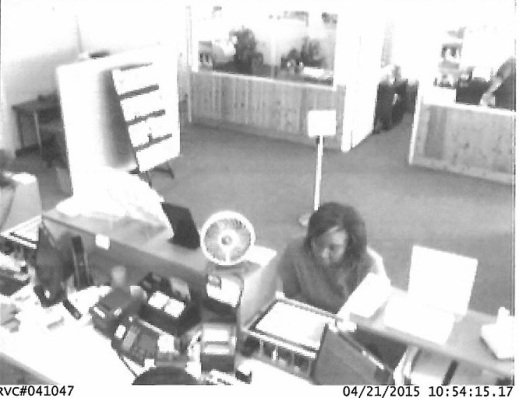 Killeen Police are asking for the community’s help identifying a Forgery suspect.

Officers filed a report on Friday, April 24, 2015 for forgery, after a citizen came in to the Killeen Police Department and told the officer that someone had stolen several blank checks and fraudulently cashed them in Killeen. The victims’ finical institution notified them after noticing a significant amount of unusual withdraws from their account. All of the checks were stolen from elderly victims residing in a local nursing home.

Attached are photographs, obtained by detectives, of the forgery suspect.

Detectives are asking anyone who can identify the suspect or has information about this incident to contact Crime Stoppers at 254-526-TIPS (8477), go online at www.bellcountycrimestoppers.com or text BELLCO along with their tip to 274637. Text HELP for help with the tip or text STOP to stop the tip, message and data rates may apply. All information is anonymous and confidential and if your tip results in the arrest of the suspect involved in this crime you could be eligible for a reward up to $1,000 in cash.