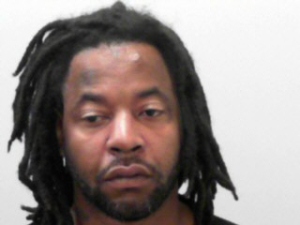 Officers responded to the 800 block of Houston on Wednesday, April 22, 2015, at 10:47pm, after receiving information about a suspicious person who had been seen hanging around the area.   The officers arrived and began checking the area; they located a black male inside a vacant apartment and detained him.  The male was then identified as Rico Doyle, the suspect who was involved in the murders on Gilmer St.

Rico Doyle was then taken into custody at 11:03pm and charged with Murder and two counts of Aggravated Assault. He is currently in the Killeen City Jail.

The Killeen Police Department would like to thank everyone who assisted us with information to further this investigation.

Further charges are pending as detectives continue to investigate this case. Information will be released as it becomes available.