Officers responded to 690 Turkey Trot today, September 5, 2014 at 2:03pm, after receiving a 911 call telling them a man had just been shot outside the residence.  Upon the officers arrival they located a 41 year old male inside a white Buick LeSabre suffering from a gunshot wound to the face and another male outside the vehicle.  The victim was immediately transported by ambulance to the Scott & White Memorial Hospital in Temple, in critical condition.

The officers were told that two males were involved in a verbal altercation outside the residence, at some point during the argument a weapon was displayed and the victim was shot.   After further investigation the 40 year old suspect and resident, was taken into custody and transported to the Killeen City Jail.

The victim of the shooting, Danny Mac Carruthers, succumbed to his injuries and was pronounced deceased at Scott & White Memorial Hospital at approximately 3:30am. 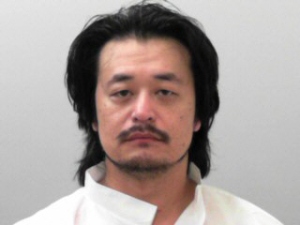 This case was reviewed by the Bell County District Attorney’s Office and a complaint was returned charging John Hyon Dust with Manslaughter.  He is currently in the Killeen City Jail awaiting arraignment on Sunday, September 7, 2014.