Killeen Police need your help identifying a female who used a debit card that was stolen from a vehicle shortly before it was used.

Officers were dispatched to the 1400 block of E. Stan Schlueter Loop on Saturday, November 16, 2013, in reference to a burglary of a vehicle.  Officers were told by the victim that while she was at a birthday party she was contacted by her bank in reference to a possible fraudulent use on her debit card.  When she walked outside into the parking lot at approximately 5:30pm, she noticed the passenger side window on her gray 2012 Mazda 3 was broken out and her purse was missing.  The victim called the bank back to cancel her debit card when she was told by her bank that her debit card had been used at a Mickey’s and a Walgreens shortly before. 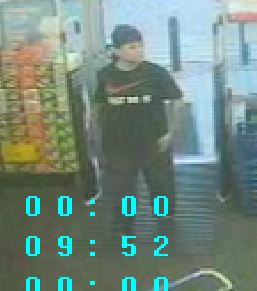 Detectives are asking anyone can identify this burglary suspect or has information about this incident to contact Crime Stoppers at 254-526-TIPS (8477), go online at www.bellcountycrimestoppers.com or text BELLCO along with their tip to 274637.  Text HELP for help with the tip or text STOP to stop the tip, message and data rates may apply.  All information is anonymous and confidential and if your tip results in the arrest of the suspect involved in this crime you could be eligible for a reward up to $1,000 in cash.