The Killeen Police Department Criminal Investigation Division, Homicide Unit and the Texas Rangers have been conducting an investigation of the Capital Murder at the Morgan Manor Apartments on Tuesday, March 7, 2017.

During the course of the investigation, detectives received information that led them to three (3) adult suspects and one (1) juvenile suspect. This case was reviewed by the Bell County District Attorney’s Office and complaints were issued charging the following adult suspects with the Murder of Rocky Wayne Marsh.

17 year-old Shamar Lamar Lewis, of Killeen.  Lewis was already in the Killeen City Jail, following his arrest yesterday in the 1900 block of Bundrant for Retaliation in a separate case.  Lewis was arraigned by Justice of the Peace Bill Cooke who set his bond at $1,000,000.

21 year-old James Tyshawn Pinkard, of Killeen.  Pinkard was arrested at a residence in the 2000 block of Shoemaker Drive without incident and transported to the Killeen City Jail.  He was arraigned by Justice of the Peace Bill Cooke who set his bond at $1,000,000.

21 year-old Erica Lane Brownlee, of Houston. Brownlee was in the Killeen City Jail on an unrelated charge. She was arraigned by Justice of the Peace Bill Cooke who set her bond at $1,000,000. 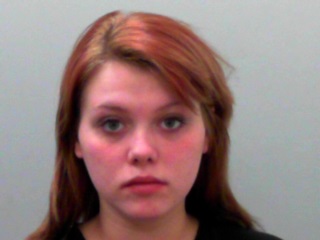 The fourth suspect, a juvenile, was taken into custody without incident and transported to the Bell County Juvenile Detention Center.

The Killeen Police Department would like to thank the Texas Rangers and the community for their assistance in this case.